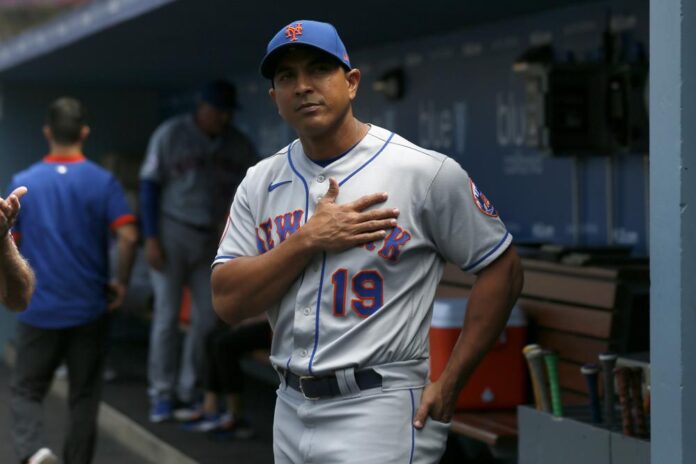 Luis Rojas was for a time the Manager of Year candidate this summer.

It was not surprising that the club under constant turmoil made this move.

He said, “We live in an results-oriented business and I am deeply disappointed for our fans and staff that we didn’t achieve our goals this season.”

Rojas was offered the chance to stay in the Mets in an unspecified role. The club stated that decisions regarding the coaching staff will be made within the next few days.

Sandy Alderson, team president, stated that the entire Mets organization was grateful for Luis’ dedication and devotion over the past two seasons as manager. He has demonstrated a tremendous commitment to the Mets throughout many years, in many capacities. We feel that a change in this situation is necessary, even though these decisions are not always easy.

Expected to challenge Francisco Lindor, a $341 million shortstop newcomer, for the pennant or for the playoffs, New York led its division for 90 consecutive days despite a series of injuries. Rojas was praised for his solid hand and excellent communication skills.

The season ended in a shambles.

New York’s ace pitcher Jacob deGrom was sidelined by a strained elbow since the All Star break. The result was that New York fell into a tailspin once August arrived. Even when healthy, the lineup was unable to keep up and a strained pitching staff began to crack.

Lindor was out for more than five weeks during the second half because of an oblique injury. He didn’t recover from his season-long slump until it was too late. Also, Jeff McNeil and Dominic Smith, Michael Conforto and James McCann, flopped at the plate. Pete Alonso was left to take the burden.