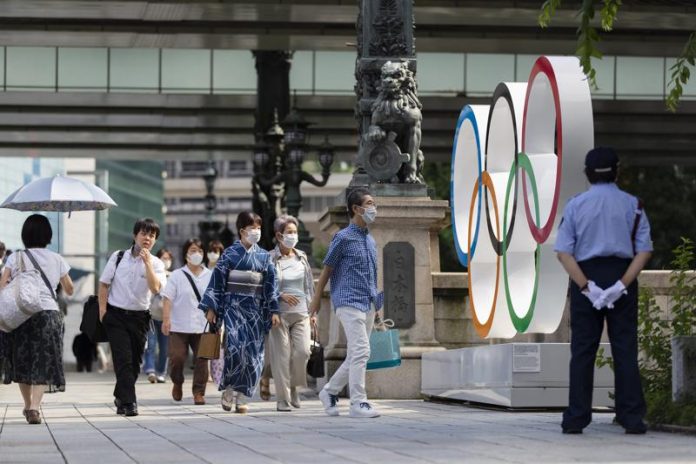 After arriving in Japan, an Olympic athlete and a Tokyo Games staffer tested positive for COVID-19, organizers stated.

Two people were identified but not identified as they were one of six new cases, including four contractors who are Japanese residents, that were reported by the Tokyo local organizational committee.

The athlete who was positive for HIV on Wednesday was placed in 14-day quarantine It was not clear if the athlete would be able to attend the opening ceremony on July 23.

Six cases brought the total number of COVID-19-infected workers and participants in Tokyo’s games to 26, which was up from just one case on July 1, organizers claimed.

Tokyo authorities reported Thursday 1308 COVID-19 new cases, the highest daily total since Jan. 21, This was the 26th consecutive day with more cases than one week before.

One year after their original scheduled date, the Tokyo Olympics have been postponed and are now being held in an emergency state.

COVID-19 cases are not included in the organizers’ total. This includes athletes and team officials who tested positive at camps located outside Japan.

Because of a Wednesday announcement, an unidentified member from the refugee team was infected with the virus. This case meant that the refugee team had to be delayed its arrival at a pre-games camp near Qatar. According to the IOC, the individual was unvaccinated and had no symptoms. He was then isolated by Qatari authorities.